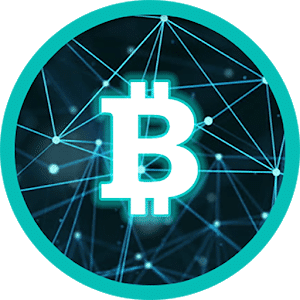 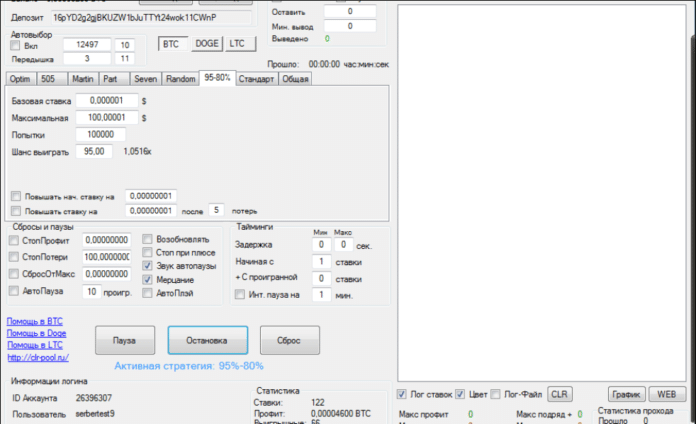 The bot is designed for automatic and manual play on the 999dice.com website and is a referral bot. To use the program, you need to download it from the link below. Having opened the program, you need to select a mirror suitable for your country and create a new account on the right side if you have not registered before. Earlier accounts are allowed. The bot is organized into two parts, namely two-tier protection. If you break it, there will be three or even four parts. This is to protect the program from being copied. The first part of the program you download launches the main program from my server for its work, and the versions of the program parts may differ.

An example of the simplest script for automatic bets: Automatedbet.zip

Referrals can only use the bot. The ID of which is checked on the server, only then the use of logic is allowed, which is also located on the server, all requests are encrypted. Launcher is the program that launches the main bot and is a spacer between the user and the logic. Thus, it is copy protection. And we can assume that several programs run and that run. Therefore, versions of startup and running programs may differ.

The new version of the bot script now works with fast bids when the bet size is one satoshi. My rate of bets for singles is up to 16 bets per second with one satoshi. Important: if, for example, you changed the domain, and it so happened that all the buttons were blocked, this means that the domain does not work in your country, and you will have to close the bot and delete the Launcher_Setting.xml file in the root folder of the program. When restarted, everything will return to default.

The autobet bot even works on 7. I don’t know what it’s connected with, but on Windows 7, the speed is two times slower. Good game. And expect new products.

Launcher version 1.0.4.9 added one more mirror https://www.proxy999.com, which was installed by default.

In Launcher version 1.0.5.0, the default address was not registered.

Launcher version 1.0.5.2 has mirror switching without restarting the program. In previous versions, reconnection to the 999dice site was not performed. Logins can be migrated from earlier versions. To do this, copy or move the Data User.bin file from the folder of the earlier version to the new one. Early versions will be blocked from accessing the server.

Nines Script Bot v.1.0.5.4 has been ported to another server.

Here’s a link to the old bot for those who don’t like the new Script Bot. This program will not be updated.

In the launcher, work was done to speed up the launch and ensured that the message was not shown every time at startup.

The check was carried out on an immaculate Windows 7 system, In the screenshot below, only the necessary software was installed, and there was also a check on Windows 10. Everything works without failure.

Treet-Script.zip script whose work screenshots above work with arrays roshergtor 0
BC.Game Crash  Predictor Script Hack  It will automatically lead a strategy that will help you multiply the deposit. The bot keeps statistics of all...